As part of the Lightness project, a critical aspect revolves around the engagement of the eventual end-users of an energy community. In other words, how do we engage the people who will make up this community? Each pilot site of the different countries involved in the project (France, Italy, Spain, Poland and the Netherlands) will adapt their engagement pathways to the local context, and the needs and wishes of the residents.

In the Netherlands, this engagement pathway began last summer with interviews with various residents in the neighbourhood in Woerden. The interviews brought forth various values that are important to the residents in the context of setting up an energy community in their neighbourhood. These values were used to advertise the project to the neighbourhood for the recruitment process. 11 residents signed up to take part in the project. In their homes they have the appliances installed which are needed to measure their incoming and outcoming energy flows. This data is shown on their energy community dashboard, with infographics about their energy consumption and production patterns. The dashboard also shows which energy comes and goes to neighbours, thereby playing an important role in the energy community. The residents have taken part in an online webinar about the dashboard, but finally with Covid-19 measures relaxed, it was finally possible to organize an in-person workshop.

On the 24th of February, the residents of the Lightness pilot project in the Schilderskwartier neighbourhood in Woerden, NL were invited to an evening workshop to actively test out and learn about their energy dashboards. Participants were encouraged to share learning experiences and values regarding their energy community. The evening took place in the nearby local school, and was facilitated by the Lightness project partner DuneWorks, along with the other project partner aug.e and indirect partners such as the construction company BAM, and Hogeschool Utrecht. 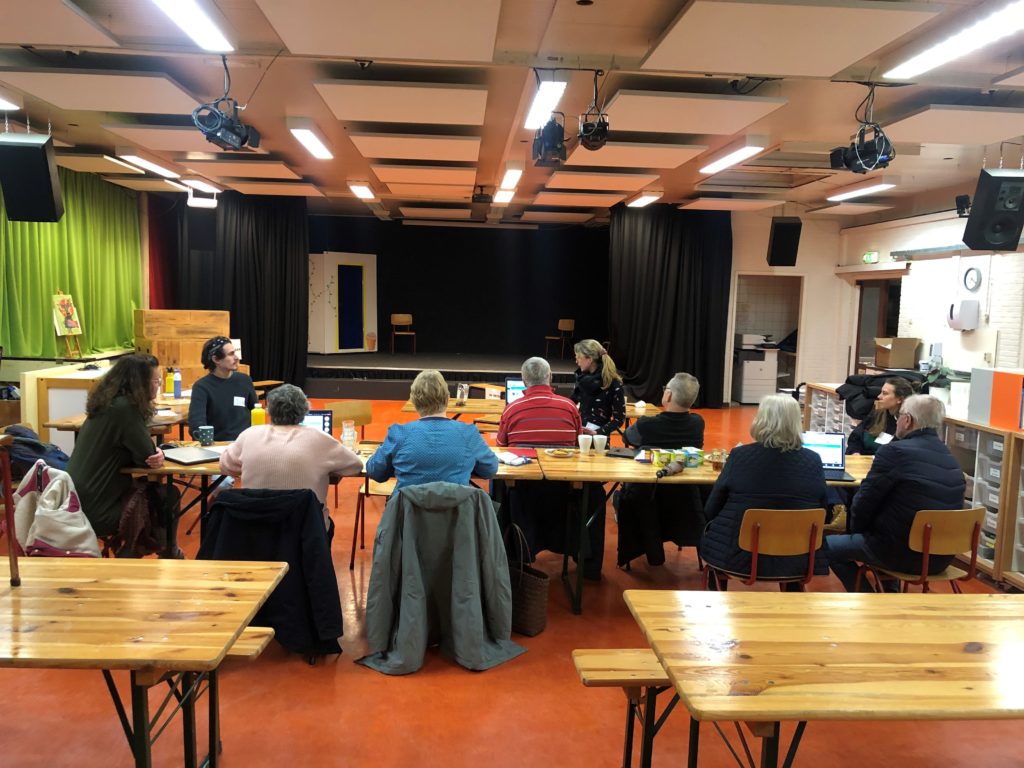 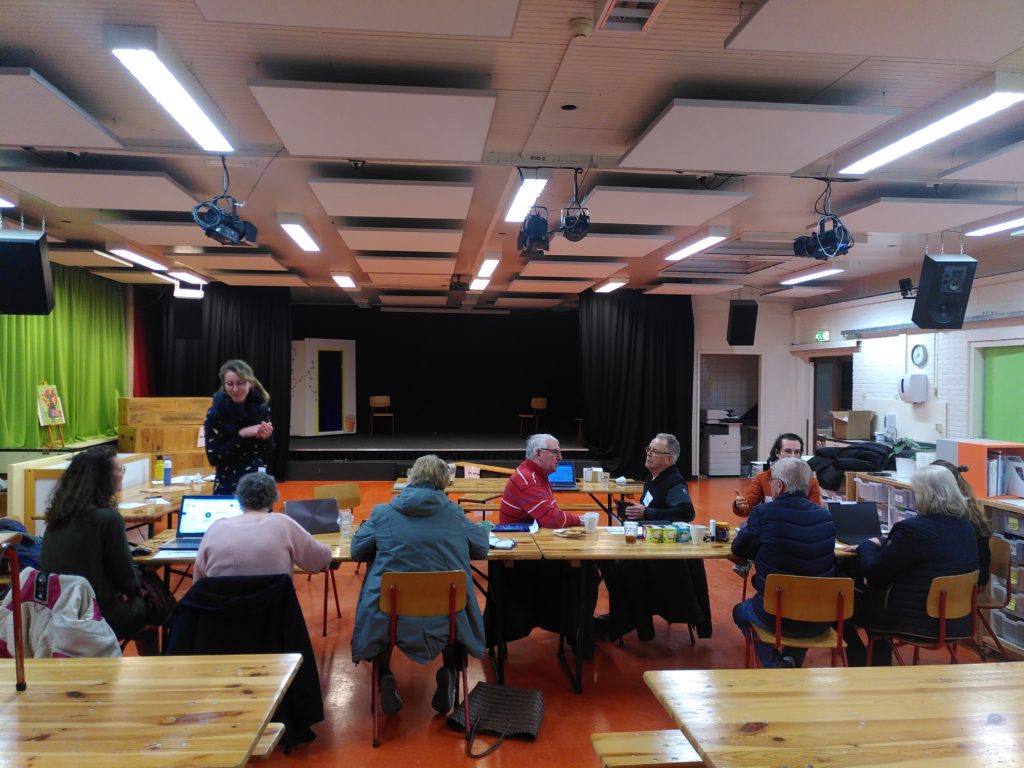 The evening was divided in two main activities, the first being an explanation and interactive activities about the energy community dashboard. To make the support more tangible, residents brought their own devices in order to work with the dashboard directly on the devices they will use in their everyday. The residents were excited to see how their energy usage patterns showed up as graphs in their dashboard. By comparing their data with others, residents could figure out how their daily behaviours led to different energy usage patterns on their dashboards. While some of the residents could easily navigate the dashboard independently, the workshop also highlighted the difference in digital literacy within the group. Some residents required in-depth guidance on how to use their devices to open the dashboard. For the Lightness project this is a very valuable insight on the importance of taking into account users’ capabilities, and not taking digital literacy for granted. 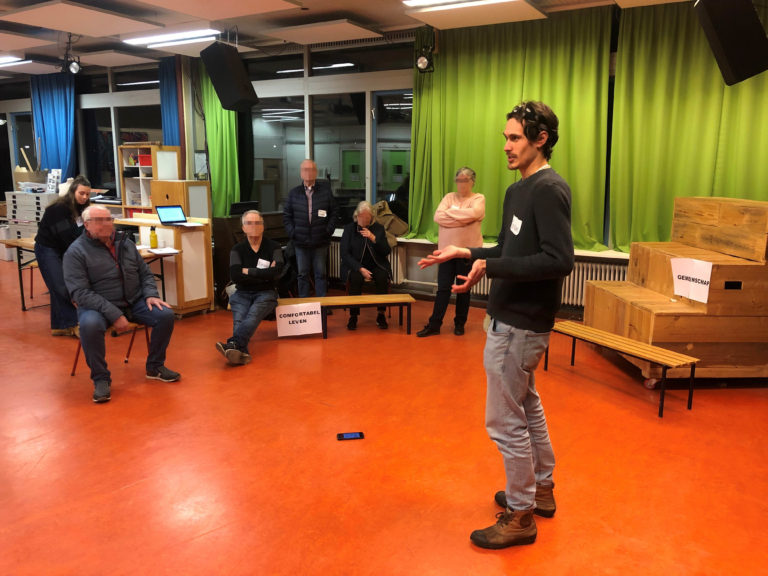 In the second half of the evening, DuneWorks facilitated a community building activity. In a square on the floor, each of the four corners represented a different value; community, an affordable energy bill, a better environment, and a comfortable lifestyle. The residents were asked to stand by the value they give most importance to regarding their energy community. Most of the residents stood by the value of a comfortable lifestyle, with others standing by an affordable energy bill and a better environment. Through a guided discussion by DuneWorks the residents could speak with each other about what they value the most for their energy community. Although none of the participants stood next to community, many of the residents expressed their hope to increase the feeling of community in their neighbourhood and with the other participants of the pilot project.

We hope this workshop has started the spark needed to strengthen community ties in the neighborhood. We are already looking forward to our next gathering in the summer time!

StoryTelling: a creative method to engage